The NYC Red Carpet World Premiere of A Quiet Place 2 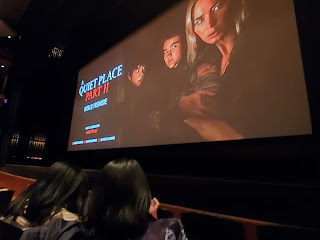 Had the pleasure of being invited by Paramount Films to the red carpet world premiere of A Quiet Place 2. The entire cast and crew were present on the red carpet already by the time I arrived.

By a twist of luck I was given an orchestra level ticket which meant I was sitting a few rows in front of the cast. The rest of the fans and non production personnel were perched in the mezzanine and balcony areas of the Jazz Theatre at Lincoln Center. 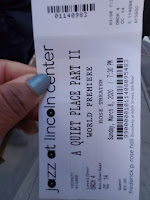 As I entered my seat there was an older woman who sat to my left, she was in her 60s and coughing heavily. This was before NYC shutdown due to corona virus but everyone was still on edge. The walkway was directly behind our row so the woman kept turning her head around and coughing behind us, so as to avoid me. I was posting on my social media (@projektjaydyn) little snippets from the premiere and at the end I mentioned how there was a woman coughing non stop next to me.


About 2 minutes after I posted about the coughing woman, a theater representative came with a paramount personal & explained to the woman she would have to move up to the balcony. The balcony was more isolated than orchestra and heaven help us if any celebrity caught something from this woman.

Needless to say I was ecstatic that I no longer had to worry about catching anything. Director Jon Krasinski walked on stage before the movie started and thanked everyone for coming. He thanked his production team and spoke very highly of them. He talked about how he never wanted to make a sequel but Paramount executives begged him to. He was very pleased with how the movie turned out. After the movie finished, everyone headed out the theater to the after party. The only celebs that attended both premiere and after party were the ones from the film.

The movie itself is a mixture of flashbacks and current situations. The flashbacks give some insight into where these creatures came from and what happened to the family prior to where we saw them in A Quiet Place part 1. The movie then shifts and starts exactly where the first movie left off and we get to see more of their world as it is now.

Djimon Hounsou and Cillian Murphy play two new and important characters in the film, which I won't spoil for you here. And, of course, we have Emily Blunt, Millicient Simmonds, and Noah Jupe reprising their roles as the mother and two siblings from the previous film. The film itself had a slighter darker feel than the first. Not sure how it was possible, but it definitely had more action and suspense than the original film. As much as the kids in this movie make some irresponsible decisions that leave their entire party in danger, I'm glad they were able to turn things around and help.

I highly recommend watching this film as it's very entertaining and suspenseful. You definitely will not be bored by either film. And yes you do need to watch the first film in order to understand what is happening in the second. Give em both a watch since we're on quarantine lock down either way. 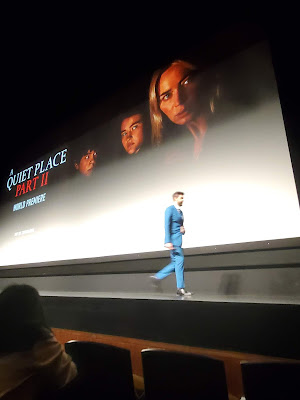 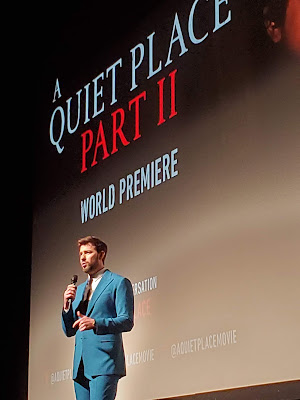