I've been overly obsessed with Batman since I was a little girl; I've always respected him, what he stood for, and tried to do for his city. That's why when I heard Warner Brothers needed extras for the final film in Chris Nolan's' Dark Knight trilogy, I jumped at the chance to audition for it. Though Warner Brothers was looking for extras in India, London, Scotland, Pittsburgh and LA, I was only able to attend the audition in Pittsburgh. Warner Brothers and Nancy Mosser Casting agency held an open audition in Pittsburgh, PA at the William Penn Omni hotel during the last two weekends in June 2011. I had to plan my trip well as Pittsburgh was about an eight hour drive from NYC.

The cheapest and easiest way was to take a Greyhound bus at 9pm Friday June 17th 2011 which would arrive in Pittsburgh around 6am and a few blocks down from the hotel and then leave at 11pm the very next night on a Megabus which would arrive back in NYC at 7am Sunday morning. The entire 16 hours trip only cost me $78 round trip, far cheaper than flying and much more scenic! Once in Pittsburgh, I waited on the line and we went in around 9:30am. Several thousand people showed up during the four days they auditioned in Pittsburgh. All you had to do was show up, take some head shots, and fill out a long information sheet. The casting director said they'd be filming until the end of august before moving on to LA so if they needed us to film, we should be ready for last minute call backs.
While waiting the next few weeks to see if I was picked, I received an e-mail from www.beinamovie.com also about filming Dark Knight Rises AKA Magnus Rex in Pittsburgh during the August 6th 2011 weekend. I've worked with this company, headed by Cash B and his associates, on two other films so I knew a great time was in store. I signed right up and was confirmed for me plus three friends. This was lucky on my part as I heard they had close to 20,000 people on a wait list in case some of us confirmed extras couldn't attend the shoot.

So once august 6th came, my friends and I were back on the greyhound bus to Pittsburgh. When we arrived, we were all told to go to the formally named Civic Center arena, where the Pittsburgh Penguins NHL teams plays, and were 'bat-shuttled' (in the form of school buses), which were used to transport us to the set at Heinz field, home of the Pittsburgh Steelers NFL team. We filmed from about 6:30am until around 8pm. The morning shoot was mostly us being ushered around Heinz Stadium for shot after shot in order to make it look like a full fan filled stadium.

Once we shot those scenes and ate lunch, it was time for the explosions! We spent the rest of the afternoon dodging explosions and doing out best 'extra' acting possible. Since the film isn't out until next July 2012, and out of respect for Warner brothers AKA so I don't get sued I can't say more as to what we were doing in our scenes as that would involve a lot of plot spoilers and yes I did learn a lot of plot at the shoot.

After we were done filming, www.beinamovie.com's crew came and did a lot of prize giveaways, like they always do, including a Chevy car, some round trip tickets to anywhere in the USA courtesy of Delta and tickets to the Dark Knight Rises Red Carpet premiere and after party! Once all prizes were given away and once Chris decided we were done filming for the day, he came and thanked us for coming especially in such hostile weather and told us a little more about the film; like how he's filming with I-max film (which costs $750 per roll as opposed to regular film which only costs $250 per roll).

Chris said Batman won't be in 3-D as he hates 3-D filming (and I agree with him) but since he's filming using I-max reels, we all should be well represented in the shots. We wrapped for the day and got bat-shuttled back to our cars or greyhound buses. I'm very thankful to Cash B and his crew at www.beinamovie.com, Chris Nolan and everyone at Warner Brothers and Nancy Mosser Casting Agency, all the actors we worked with (both big and small), the production crew and all the true fans of Batman for making this a really memorable experience! Here's hoping Chris made me look good in I-max, ha-ha!

If you would like more info on auditions, casting etc you can go to www.mossercasting.com or www.beinamovie.com or www.tvtix.com. Lots of luck and good Karma to you all! 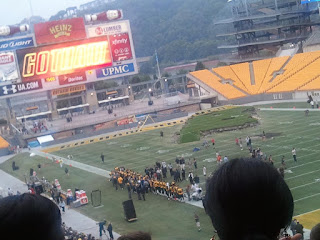 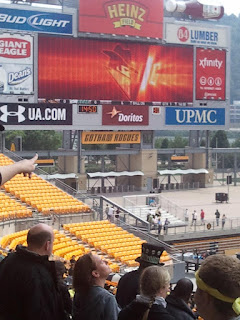 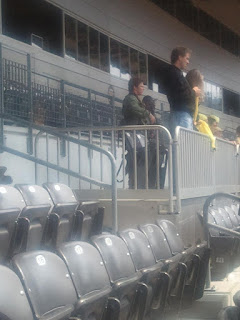 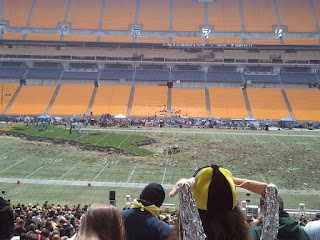 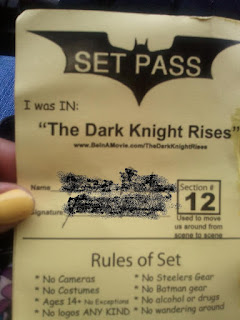 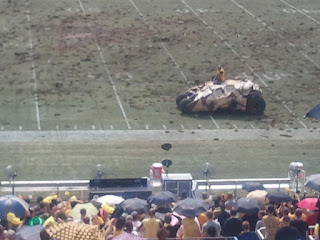 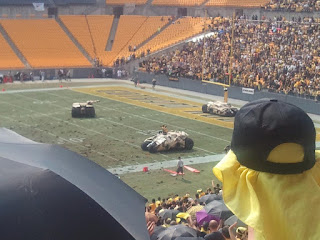 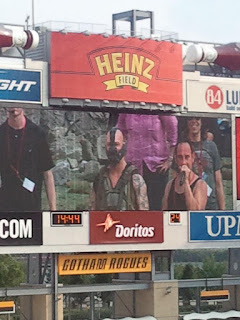 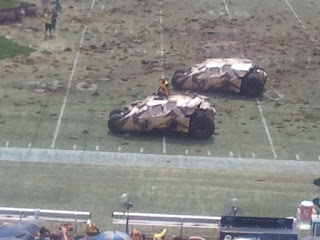