My life tends to throw surprises at me on an almost constant basis. Not that it's a bad thing to have as I'm always up for a new adventure. Today colored me speechless as I had no idea I would be hanging out with the one and only Oprah! 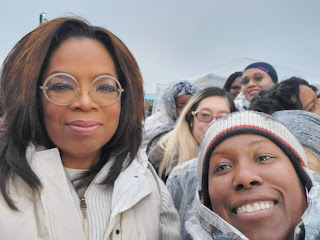 Let's rewind a bit. I'm always inviting my friends on my many adventures, be it the red carpet, an expo, trip around the world, you name it, I've done it and I've probably invited YOU along with me. So I love it when my friends return the favor in kind.

A friend of mine runs a hiking club meetup .com group and she was invited by the Oprah / Weight watchers company on a special secret short hiking event. Oprah is starting off the new year on a Weight Watchers 2020 tour where she interviews special guests and discusses all things personal or health related. Kind of like a self help tour. She's in the best shape of her life and she wants to  help the world discover their best selves while bringing some positivity back into our daily lives!

So this Saturday, February 8th, Oprah is hosting a sold out show at the Barclays Center on Atlantic Avenue where her special guest will be none other than Michelle O'bama! Tickets are completely sold out for this event and have been for weeks, sorry folks! So to kinda kick off her tour, Oprah did a special half mile 'hike' in Brooklyn bridge park with some fellow health enthusiasts and members of the NYPD.

So my friend's hiking group was chosen to go but most members didn't want to come as the weather would be bad. Knowing me the way my friends do, she knows nothing stops me when I wanna do something fun. Besides, it's just rainwater. So I was able to join them for this special event!

There were a total of about 30 people, mostly women, who joined the walk. We were given free weight watchers items such as a hand towel, popcorn, small chocolate bars, a swell bottle and water. There were camera crews and a professional photographer to capture every moment. Literally, I couldn't take a step without bumping into a film crew, but they were all extremely friendly.

We walked along the riverside up just before the Brooklyn Bridge where we ended the event helping Oprah with an interview for CBS news (NYC channel 2). I was worried that due to the bad weather, Oprah might not show but the invite stated "rain or shine", so thankfully weather wasn't too bad and nothing stops that woman either. We all had plenty of opportunities to speak with her, she took her time and gave hugs, advice, anything we wanted.

Everyone was very respectful, even when asking for a selfie, once one person received the selfie, they moved so the next person could have their moment with Oprah. Oprah even allowed fans to have her record video messages to their family who couldn't attend the event.

During the interview with CBS,  one thing I noticed was just how articulate she is. I know she's a talk show host (and super mega billionaire) but it's a different feeling to chat with her and be able to hear her speak off camera. She sounds even more professional off camera than on. She kept the mood light, joked with us, and all in all, it was a great experience for my first time meeting her.

Now I wish I could attend her tour this weekend, but I will be attending the Carnival kick off party with my old Brazilian Samba  group, Samba NY! But that's a tale for another blog. Stayed tuned folks! 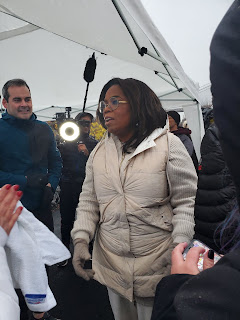 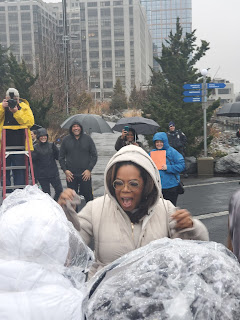 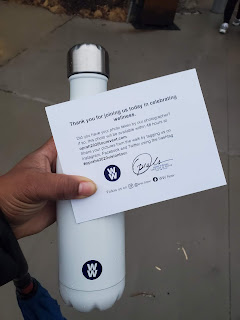 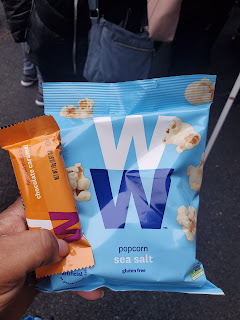